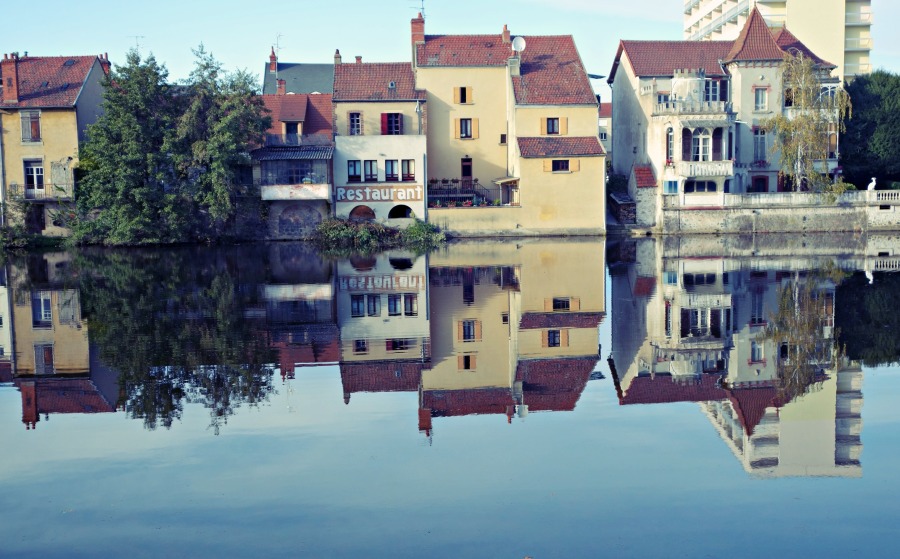 Mary has moved in and finally we’re settling into the rhythms of small-town French life. Together we can grumble about the lack of buses on Sunday and celebrate when we find a café with wifi. We can practice our French, unless we’re tired, in which case we devolve into our own brand of franglais.

It’s nice to have someone to laugh with. We do that a lot as means of survival, for the inconveniences can be really frustrating. For example, our house is lovely but also a forty-minute walk from most places of interest. Normally the bus serves us well…except on Sundays where you’d better get used to walking. It’s fine until you have to do it four times in a day and feel the blisters and bruises forming on your feet.

That’s what happened yesterday, more times than I should probably admit. We kept missing those rare Sunday buses…except for our first trip into the city, where we got off the bus at an unknown stop and found ourselves right in the middle of a Sunday morning market.

That’s the other side of the frustration coin, that the smallest success feels like a victory. When you don’t always know what you’re doing (or where you’re going or how to get there), life is full of happy surprises.

I love the French market, vendors yelling about how good their tomatoes are; skeptical older women making sure they get their money’s worth: are you sure the tangerines are bon?

Mary bought some sausage with bleu d’Auvergne (a cheese from the region) from a solidly-built man with a mustache so classic you could almost hear it say Je suis français.

I made a beeline for a little fromagerie and gazed at all the lovely, crazy cheese in unexpected colors. I saw cheese I recognized from my job at Lucky’s–Port Salut, Brillat-Savarin–as well as dozens of cheeses I didn’t. 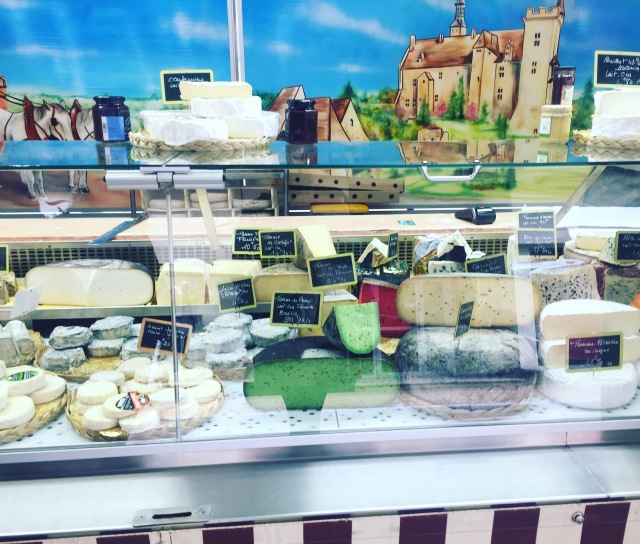 I tried the green cheese, colored from basil (what else?) and bought something similar, but flavored with truffles instead and decidedly non-green.

I bought a bag of figs that were so good we ate them in one sitting, right across the street. Mary went back and bought a kilo.

We talked a little with the produce vendors, who were interested in our origine. This happens a lot. Then when we say we’re American, people tend to jump at the chance to try out the little English they know. I’ve had people stare at me, repeating a word like good! or Miami! Yesterday we were sitting at a bus stop, speaking English, when a man did a double-take: he turned around and walked back and asked us, in French, if we were American. His suspicions confirmed, he smiled and wished us a good day.

It’s fun to be here, as I’ve never felt so…rare. We clearly wouldn’t enjoy the same reception in Paris.

After the figs, we sat at a café where we had a view of the shoppers and enjoyed a simple breakfast: coffee and orange juice and tartines. We saw a man ride through the crowd on his bike, three baguettes stuffed down the front of his down jacket like it was nothing. La France, country of understated elegance and pride in personal appearance, where it is also acceptable to stuff bread down your shirt. 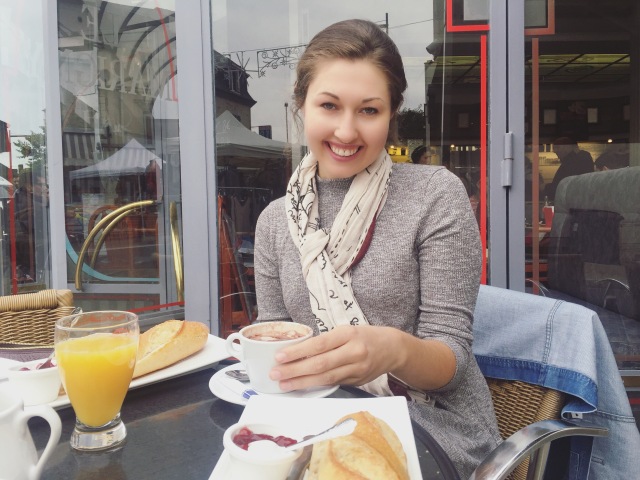 We had a grand bread and cheese lunch at home and then made our way back to centre-ville to work on lesson plans at a bar. We then walked home, walked back to a pizza place to get the little personal pizzas we had ordered–blue cheese and crème fraiche and lardons; goat cheese and honey–and walked home again…it took us longer than we thought. It was dark and our pizzas were growing cold so we snuck bites out of the boxes like raccoons in the night, making up silly French songs about how bad our feet hurt.

We may not know where to go to buy a baguette on Sunday, or, let’s be real, a lot of other things, but we do have joie de vivre (as a French guy told me the other day). 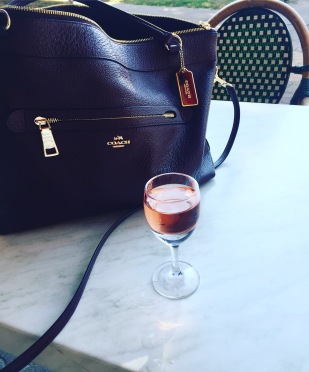 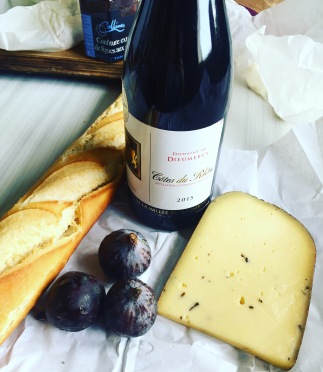 As I was writing this at the little café where I’m quickly becoming a regular, an older man began speaking to me too quickly for me to understand. When he learned where I’m from, he tried out his English. Hello! Goodnight! How are you! As he left, he wished me happy luck with my work.

Happy luck. The mistranslation made me smile. It’s a nice phrase, actually. I thought how it is what you might call happy luck that I am here, in France with a new job and new friends and new challenges. Happy luck indeed.